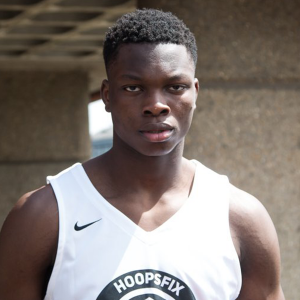 The MVP in the Hoopsfix All-Star Classic Underclassmen game in 2018, Adebayo was UC Davis bound for the 2019-20 season. He made the All-EABL First Team in the Southern Conference alongside Barking Abbey team-mate, Jonathan Brown.

An EABL Championship winner this past season with Barking Abbey, Adebayo was also named Defensive Player of the Year in the Eastern Conference with the guard finishing sixth overall in the league in blocks per game. Debut HASC appearance.