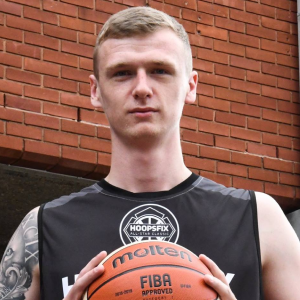 Another solid campaign in the EABL with Itchen, Briggs earned the Player of the Week twice and made the All-East Second Team and has also represented England in Division A at the Under-16 European Championships. Signed to Lake Region State for next year. Third HASC appearance.

A second straight call-up to the Hoopsfix All-Star Classic for the England Under-18 big. Briggs was a regular for Itchen College in the EABL, producing solid numbers and was part of their AoC Championship winning side.

Briggs was part of the 12-man England U16 squad that headed to Slovakia for a tournament over Easter. The 6’7” forward/centre has enjoyed success with Noadswood Academy over the past few seasons.