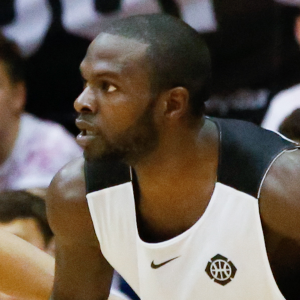 Shifty guard Bode Adeluola(5’11”) is coming off one of his most successful seasons to date, being named the runner up Division 1 men’s Player of the Year. Originally a part of the well decorated East London Royals Under-18 team, Adeluola also a part of now GB Regional Institute, Barking Abbey. Since joining Hemel in the 2011-12 season he has picked up a Patron’s Cup title, while helping them gain promotion to Division 1.