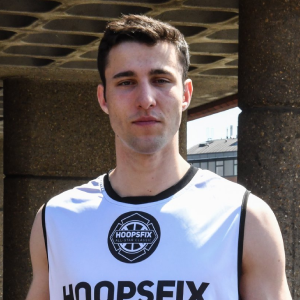 Enjoyed success in Barcelona before a spell in Derby alongside his brother, Adria, and was part of the Under-18 National Team for the past two years, helping GB to promotion last summer. Amabilino-Perez signed to University of Rochester for next season. Second HASC appearance.

One half of the Spanish Amabilino brothers, Brian is currently part of the England Under-18 squad after a breakout first season in the country. The 17-year-old guard earned regular minutes for Derby’s NBL D1 side and made it into the All-EABL West Conference First Team after helping lead Noel Baker School to the playoffs.