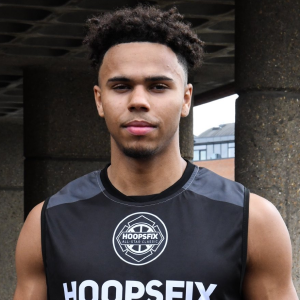 The 2018 EABL Finals MVP after leading Barking Abbey to the Championship title having made the switch from Copleston. Fuller was also part of the GB Under-18 squad that earner silver last summer and heads to UC Davis next season. Third HASC appearance.

The highly-rated England Under-17 guard returns for a second year at the Hoopsfix All-Star Classic. Fuller averaged an impressive 16.9 points and 8.1 rebounds per game for Copleston this season to earn All-EABL Second Team honours in the East, and also played a big role in Ipswich’s NBL D2 campaign.

Fuller was part of the Ipswich side that claimed a third-place finish at last year’s U16 Final Fours. The 6’4” guard was another member of the recent England under-16 squad in Slovakia and is highly rated.