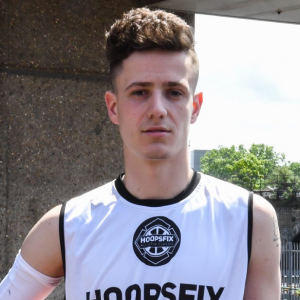 Flown in from Canada after a year at Ridley College, where he reached the OSBA (Ontario Scholastic Basketball Association) Championship game. Bett also played for England in Division A at the Under-16 European Championships. Heading to Queens University next season. Second HASC appearance.

Bett averaged 10 points per game at last year’s Under-16’s European Championships for England and is another player to have stepped up to Under-18 level. The free-scoring guard has spent the past season in the US at McCallie High School and makes his first HASC appearance.