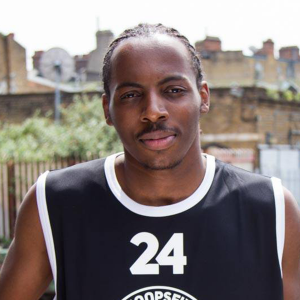 2016
The only player in the Under-19 game that is based overseas, Wheatle arrives back in the country from his time in Italy for his second HASC after appearing in the Under-16 game in 2014. The Biella forward ranked fourth in rebounds (9.3) at last year’s Under-18 European Championships.

2014
Widely considered the most talented player of the 1998 born generation, 6’5” Wheatle is back in the country for the Hoopsfix All Star Classic after his first season at professional Italian club Angelico Biella. The former London Greenhouse Pioneer has been one of England’s top performers since he first put on the red and white as an U14, and most recently, was named to the All Star Team for the tournament in Slovakia the England U16s competed in.