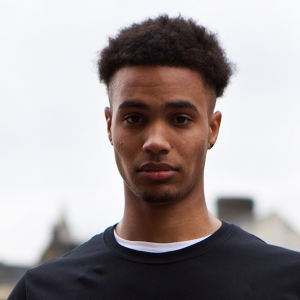 The 17-year-old played at last year’s Hoopsfix All-Star Classic, and makes his second appearance at the event. Scott-Robinson represented England U16s as they claimed bronze in Macedonia last summer, and played for the under-18’s at the Haris Tournament.

Scott-Robinson is a fast and athletic wing, who started playing after a holiday to the US. Receiving an invite to his first England U15 camp aged just 13, he didn’t make the cut, but made the U14s the year after, before the U15s and now the U16s. A National Schools Champion with Queens School, Scott-Robinson is an exciting prospect with a bright future.