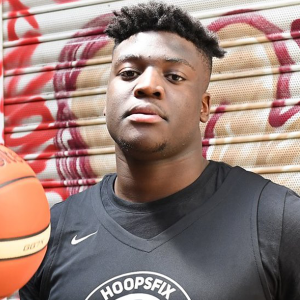 A player always guaranteed to bring the energy, Kitenge took part in the Classic for a third time off the back of two summers with the GB Under-18 team. He also earned three MVP awards at Under-14, Under-16 and Under-18 level.

The second youngest participant in this year’s Hoopsfix All-Star Classic by just two days, Kitenge is another player part of England’s Under-16’s squad. The Worthing centre is a former Finals MVP winner after a big 17-point, 18-rebound double-double in the 2015 U14 Playoff Final.