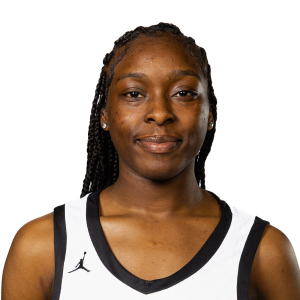 Ozzy-Momodu has been one of the most dominant junior performers in recent years and has been able to transition comfortably at senior level. The Under-18 playoffs final MVP received several accolades as part of CoLA’s historic season having been named WEABL MVP in the Southern Conference as well as earning the Defensive Player of the Year honour in both the WEABL and WNBL Division 1, also making the Team of the Year.

Ozzy-Momodu helped lead CoLA to the playoffs final in WNBL D1 and made both the British Team of the Year and All-First Team. In 2019, the Class of ‘22 forward averaged 16.1 rebounds per game for GB at the U16 Euros – leading the entire tournament at Division B level.

Ozzy-Momodu was selected as part of the rosters for the Under-19 Women’s game, which did not take place due to the COVID-19 pandemic.