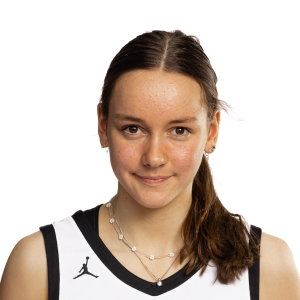 Bunyan makes a second HASC appearance after an even bigger season with Cardiff in both the WBBL and WNBL Division 1. The 17-year-old ranked second in the WBBL in blocks per game, whilst making the D1 British Team of the Year. Bunyan also starred at the U18 Four Nations Tournament for Wales and competed in the 3×3 Commonwealth Games qualifiers.

Bunyan played for Cardiff Met Archers at both WBBL and WNBL D1 level in the 2020-21 season and becomes the first Welsh representative in the U19 Women’s game. The 16-year-old represented Wales at Division C in 2018 before playing for GB U16s in Division B a year later.