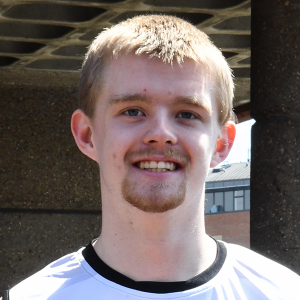 Plying his trade in Spain at Fuenlabrada, Round has been a regular in the National Team and helped Great Britain secure promotion to Division A at the Under-18 European Championships last summer. Second HASC appearance. Unable to play due to a minor injury sustained recently.

A player with potential in abundance and one of the game’s brightest young stars, Round was the third leading scorer for the England Under- 16’s last summer and is set to return as a key figure for Alan Keane’s side this time around. The NEBC Titans point guard will be competing at the Hoopsfix All-Star Classic for the first time.