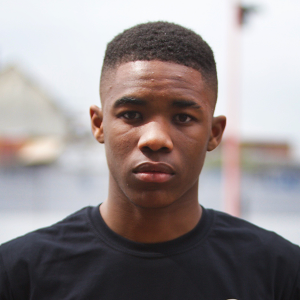 Watson-Gayle returns for his second Hoopsfix All-Star Classic having earned MVP honours in the U16 game last year. The 6’0” guard showed out at the recent under-16 National Final Fours where he helped Newham Youngbloods reach the final. He also represented England U17s in the Cherbourg Tournament over Easter this year.

Watson-Gayle was originally a very good football player who was selected to play for the Leyton Orient Centre of Excellence. It was his older brother, who currently plays in the US on a scholarship, that got him involved with basketball. He started hooping for Newham Youngbloods at 12, played for the London Regional team at U13s (coming second) and U15s (coming first), and this year led the Youngbloods to a second place finish in U16 National League.