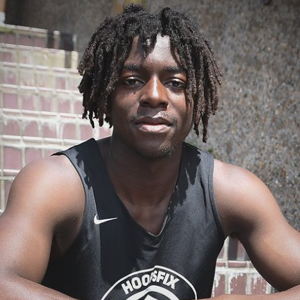 The 2018 Hoopsfix All-Star Classic Dunk champion was back for a third appearance having represented Great Britain at 3×3 level and at the 2018 Under-18 FIBA European Championships. Fresno Pacific awaited in the 2019-20 season.

A breakout season at Canterbury High School saw Brown(6’3″) named Eastern Conference Player of the Year in the EABL after leading his side to the Final Fours having also represented Great Britain Under-18s at 3×3. Debut HASC appearance.