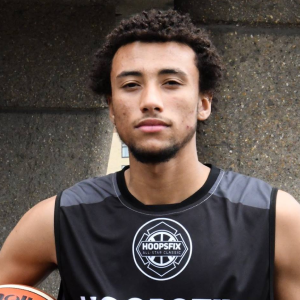 One of several players returning from a prep year in the US having spent last season at DME-Academy, Edwards has been a regular amongst the National Team setup with selection at Under-15 Under-16 and Under-18 levels. Third HASC appearance.

Having been part of England’s Under-15 Development side, Edwards went on to play in the Under-16’s European Championships and is now in the current Under-18 squad. The long-armed guard made an impact for Lewisham in NBDL action this season and returns to the HASC for a second time.

Edwards was part of the England U15 Development squad last year, and has gone on to represent the under-16 national side most recently in Slovakia.