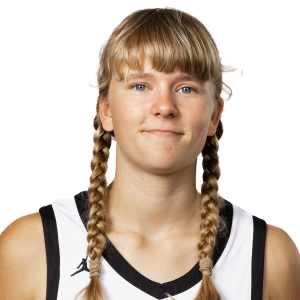 Januszewska turns 18 today and has had another busy season with regular playing time for Charnwood, Loughborough and Leicester Riders in the WBBL. The versatile wing averaged 19.3 points and 11.7 rebounds in the WEABL and made it onto the All-First Team in the Northern Conference with Januszewska committed to join St Francis Brooklyn in NCAA DI next season.

The rising star stepped up to the level of WBBL in the 2020-21 season; playing an increasingly prominent role with Cup winners Leicester Riders. Januszewska also starred with Loughborough in WNBL D1 and made the WNBL’s British Team of the Year.