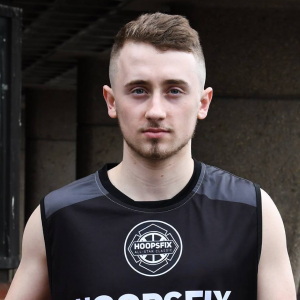 Has represented Scotland at junior level at two European Championships in 2015 and 2016 and made the All- West Second Team in the EABL after a strong year at Myerscough having also helped the Under-18 side to a treble success. Debut HASC appearance.