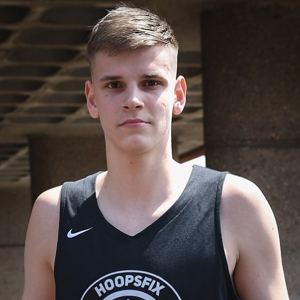 The Debrecen native came in as the number 1 ranked player in the Deng Camp Top 20 having had an impressive year at Myerscough. He almost led GB Under-16s to promotion in 2017, earning a spot in the Division B All-Tournament lineup.