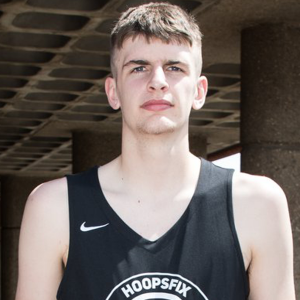 Hughes helped lead Itchen to the second best record in the Southern Conference of the EABL in the 2018-19 season and made the All-EABL Second Team the previous year.

Second in scoring in the EABL this past season, Hughes made the All- East Second Team for Itchen College having been the team’s Newcomer of the Season the previous year as well as being a two-time MVP at Solent Kestrels. Debut HASC appearance.

Recorded 2 points and 1 assist in 9 minutes off the bench in Team Black’s 85-71 victory in the Underclassmen game in 2018.