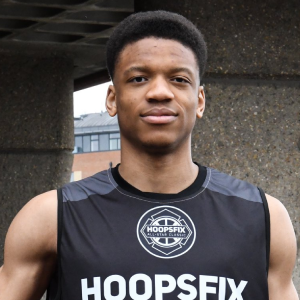 A multiple National Championship winner with Manchester Magic, Anumba(6’3″) recently added the Under- 18’s Final MVP award to his collection having also been named on the All-West First Team in the EABL for Loreto. Signed to Winthrop for next season. Second HASC appearance.

At 16 years of age, Anumba gained plenty of valuable NBL D1 experience at Manchester Magic this season as well as enjoying more success at junior level. Along with being the youngest player in Division 1, he was named MVP in helping Magic’s Under-16 side to National Cup and Championship titles and plays in the HASC for the first time.