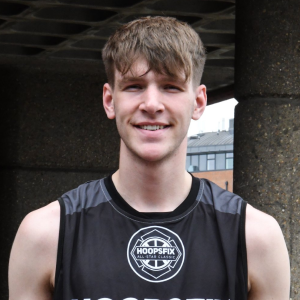 A two-time European Championship bronze medalist with Wales at junior level and part of the Loughborough side that recently won the NBL Division 1 title. Carter also won the EABL Championship with Charnwood in 2016. Signed to University of the Cumberlands for next season. Debut HASC appearance.