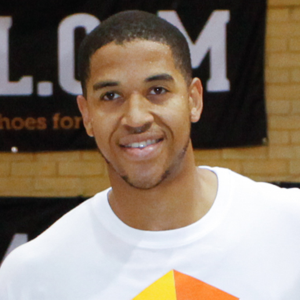 Hesson(6’6″), a Birmingham native, is one of the only players in recent years to have stayed in England his entire career before leaving to play at a higher level overseas. A former GB U20, Hesson started his pro career with the Essex Pirates and the Mersey Tigers in the BBL, before leaving for Ger- many in 2012, playing both Pro B and BBL in his first season. He received his first call up to the GB Senior Squad in 2012, but it wasn’t until last year he made the final cut, where he ended up starting at Eurobasket. Coming off a successful season in Ger- many’s Pro A with Giessen 46ers, Hesson plays above the rim and regularly puts defenders on a poster.