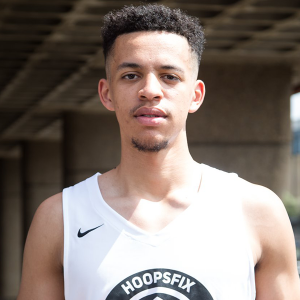 Harris went from making the All-EABL Second Team in the 2017-18 season to leading Charnwood to the Championship title as Northern Conference and Final MVP. He also won the National Cup with Loughborough’s D1 side.

Harris was the NBL Division 3 North Player of the Year with Loughborough Student Riders II having also made the 2017 Haris Memorial Tournament All-Star 5 after helping Charnwood win the tournament. Debut HASC appearance.