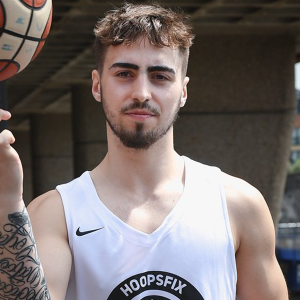 An England Under-16 and Great Britain Under-18 international, Maslen returned to the UK following a prep year in Portugal to link up with his former Barking Abbey team-mates.

A back-to-back EABL champion with Barking Abbey, Maslen also has a National Championship winner’s medal at Under-14 level and has played for England at various age-groups. Debut HASC appearance.