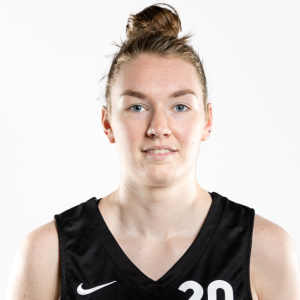 Storie is back for a second appearance at the Hoopsfix All-Star Classic after competing in 2019. The 19-year-old had another solid year in the WBBL with Caledonia and has played for GB at both U16 and U18 level, whilst also representing Scotland at international level.

Storie was selected as part of the rosters for the Under-19 Women’s game, which did not take place due to the COVID-19 pandemic.

Storie has enjoyed plenty of success in Scotland, winning five titles at Under-18 level including being named MVP in her 2018 Cup success. A two-time Under-18 with Scotland as well as representing GB Under-16s in consecutive summers.