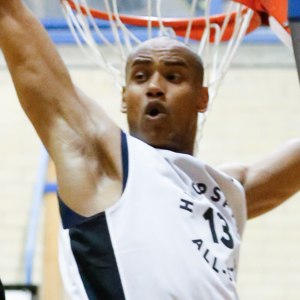 The athletic Raheem May-Thompson has been terrorising defenders all year and is coming off an undefeated championship winning Division 4 season with Liverpool; his first out of college. His first two years were at NCAA Division 1 school Quinnipiac, before transferring to D2 Stonehill College. Before attending college, May-Thompson also spent time at high school powerhouse DeMatha in Maryland, before grading in 2009 from Towson Catholic. The former GB U20 has dropped off many people’s radars but remains one of the best of his generation.