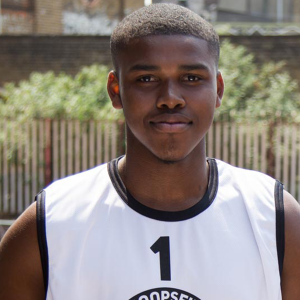 This year marks a third Hoopsfix All-Star Classic appearance for Eytle-Rock having competed in the Under-16 and Under-17 games in previous years. The England Under-18 impressed in a handful of EABL games for Barking Abbey this season, and also made his mark in NBL D1 competition, as he cemented his status as one of the best point guards in the country.

Eytle-Rock returns for his second HASC, having recently helped London Greenhouse Pioneers to their first junior national title with victory in the U18 final. The 6’3” guard was another member of the promotion-winning England U16 squad from last summer, and is now a current U18 international.

Rayell Eytle-Rock London or ‘RJ’ as he is more familiarly known, has played for London Greenhouse Pioneers in all his three national league seasons, which culminated in his first international cap in Slovakia with the England U16s earlier this year. A 6’2” wing with a great feel for the game, RJ was the MVP of the Luol Deng Camp in 2013.