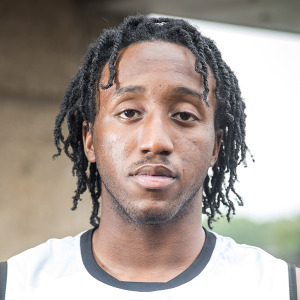 A stellar year for Russell stemmed from helping GB Under-18s to promotion last summer before becoming the West Conference Player of the Year in the EABL as well as starring for Loughborough Student Riders as they won the NBL Division 1 league title. Signed to UMass Lowell for next season. Second HASC appearance.

A key part of Charnwood’s Championship winning squad in the EABL, Russell was the team’s leading scorer during the regular season after averaging 13.3 points per game along with 5.7 rebounds. He was also part of the England Under-17 squad that competed in the annual tournament in Cherbourg, in March.