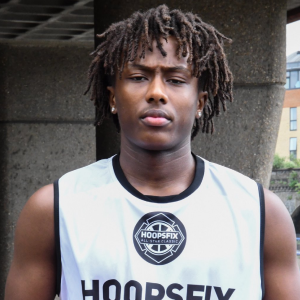 Heading to JUCO next season, it marks a positive ending after a tumultuous season for Tyrese. The lightning quick guard suits up in the Classic after a year that started with him being ranked in the Top 20 at Deng Camp before struggling with injury and then recovering from a stabbing in London, as he comes in to prove he hasn’t lost a step. Debut HASC appearance.