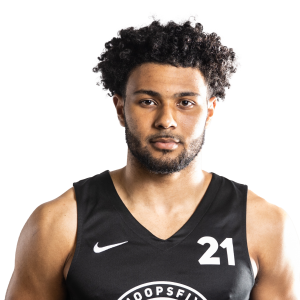 The Barking Abbey guard is set for his third appearance at the event having played in the Underclassmen games in 2018 and 2019. Eze is also a two-time EYBL U16 All-Star as well as earning selections in the First and Second Teams in his first two seasons in the EABL.

Eze was selected as part of the rosters for the Underclassmen game, which did not take place due to the COVID-19 pandemic.

Eze made his second appearance at the Hoopsfix All-Star Classic having made the All-EABL Second Team in the Southern Conference after impressing for Copleston. He came back from a year in Italy and also captained GB Under-16s last summer.

The 2002-born guard headed over- seas for the 2017-18 season having joined Stella Azzura Roma in Italy after representing Great Britain at the Under-16 European Championships. Debut HASC appearance.